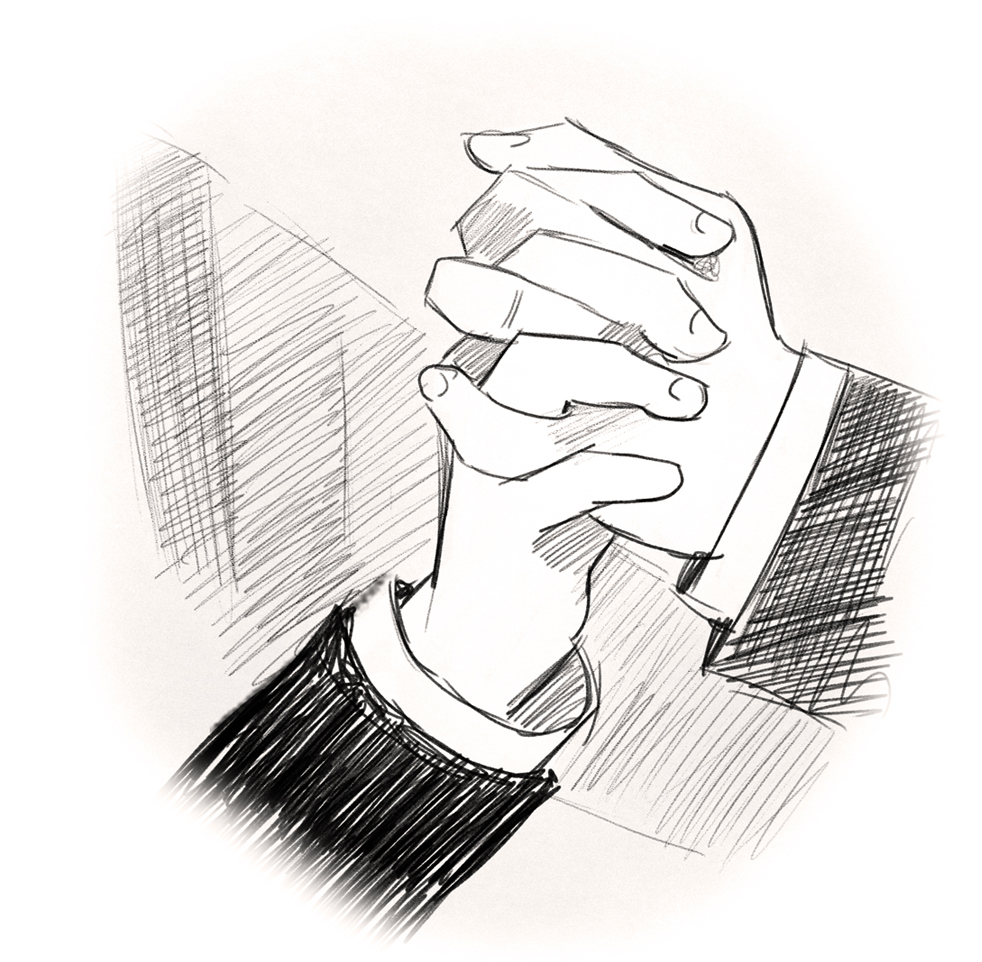 Didn’t quite finish my Carlise write-up,
so you’ll have to just go straight to the update. 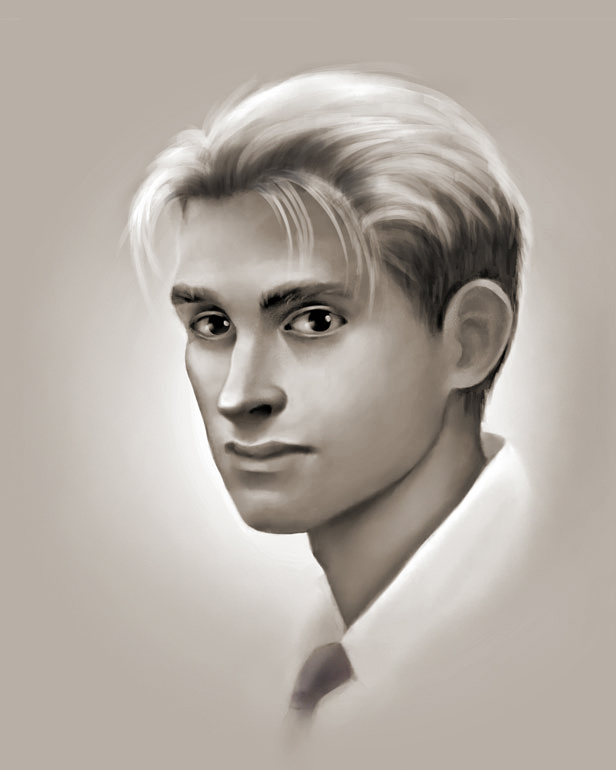 Scott M. Rodríguez, as you probably predicted, was awarded an MBA from the prestigious University of Chicago Booth School of Business. He receives many job offers but returns to run the financial departments at Elan’s philanthropic organizations. He always suspected who his scholarship benefactor was and thus was determined to “pay it back.”

There was never any doubt he would do well with his brilliant mind. The question was, what took him so long?

Scott is the only son to his mom, who was 15 years old when she gave birth to him. He did not know who his dad was, nor did his mother ever mention him. At an early age, some might say birth, Scott felt he had to be “the man” of his small family to counter his mom’s flighty nature. He never succumbed to gangs, drugs, excessive drinking, and had to start working full time at an early age to help support his mother and cousin (who was so much older he called her Tía though she was the daughter of his “chased out of town” uncle. His uncle is rumored to have fathered 18 illegitimate children, to which his mom always added: “that we know of.”) Scott did well in class when he could attend. But he never could participate in school full-time until he received a large enough scholarship to support him, his mom, and aunt/cousin.

Some years later, he finds a love letter from his father to his mother. In the dated note, his father acknowledges Scott was his son but says he was under pressure from his family to cut off all contact and deny the relationship. Scott’s mother was the daughter of his father’s maid and an unacceptable match. Furious that his father let his mother live in abject poverty, Scott confronts his father who is now a well-known math professor at the state university – a Professor Scott McLaughlin. The professor begs for forgiveness, citing the mores of the time and the disparity in class, and wants to start a relationship, but Scott uncharacteristically spits near his father’s shoes and leaves him forever.

Like Elan and Rafa, he has a hated father figure. 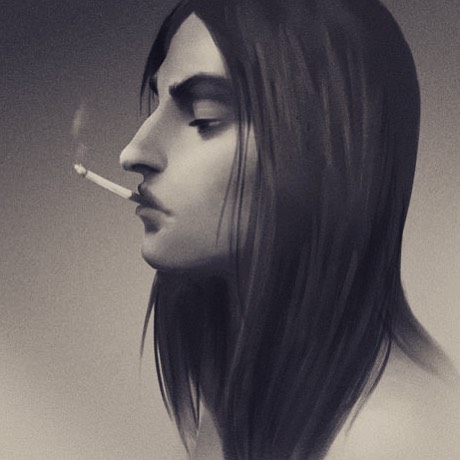 In many ways, at least on the surface, Jake is a success story.

Jake goes to community college after getting his GED. However, poor study habits cause him to fail almost all his classes. Elan notices that Jake does pass his math courses with little effort.  So, he encourages him to take the programming classes offered, which Jake enjoys and puts effort into learning. Jake then enrolls in a Coding Bootcamp with a (mysteriously acquired) scholarship. He does remarkably well.

After Bootcamp, Jake finds himself ill-suited for the regular job lifestyle, even the more flexible lifestyle of the start-up community. He ends up freelancing– working enough to take long breaks between jobs.

During one of his temporary hires, Jake catches the eye of the Chief Financial Officer of a well-known company. Jake moves in with the CFO/silver daddy and is currently living a lavish lifestyle. Jake often brags about this, saying he snagged a rich boyfriend too. And one who spends money on beautiful things, not like the modern-day Robin Hood Elan Rafa has.

His CFO does encourage Jake to quit smoking. But each midday before starting any jobs (if he has any lined up) and hoping the smell is gone before his lover comes home, Jake allows himself one long unfiltered cigarette.  From the CFO’s penthouse balcony, he looks in the direction of the neighborhood he and Rafa used to run and fight to survive. Even with so little money and hope, he considers those the best of times. He misses Rafa. He misses that life. But he never admits this to anyone.

OK, that’s Jake. I’m trying to one of each main character eventually.

Sorry, there was no update! Some exciting things may be coming though.  In the meantime, how are you doing? Tell me about yourself. What are you reading, watching. What is bothering you. What makes you happy. Do I need to kick some ass. 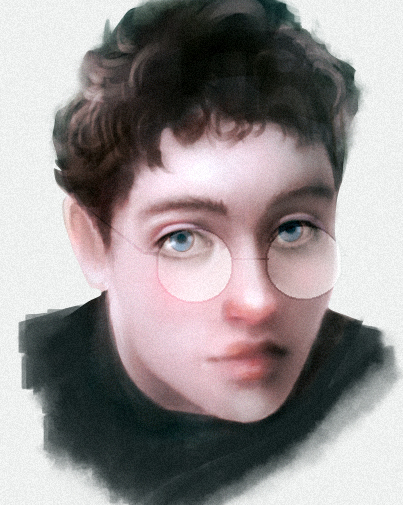 I drew the portrait at the wrong resolution for a book. So here it is, good enough for the web. *cries in my cheetos*.

Yes, will start on the books in a few months. Gotta bribe some people. 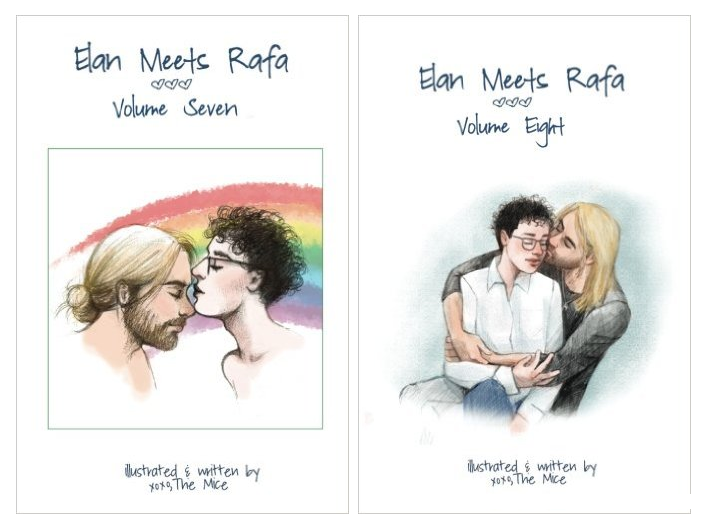 All EMR Volumes are now available